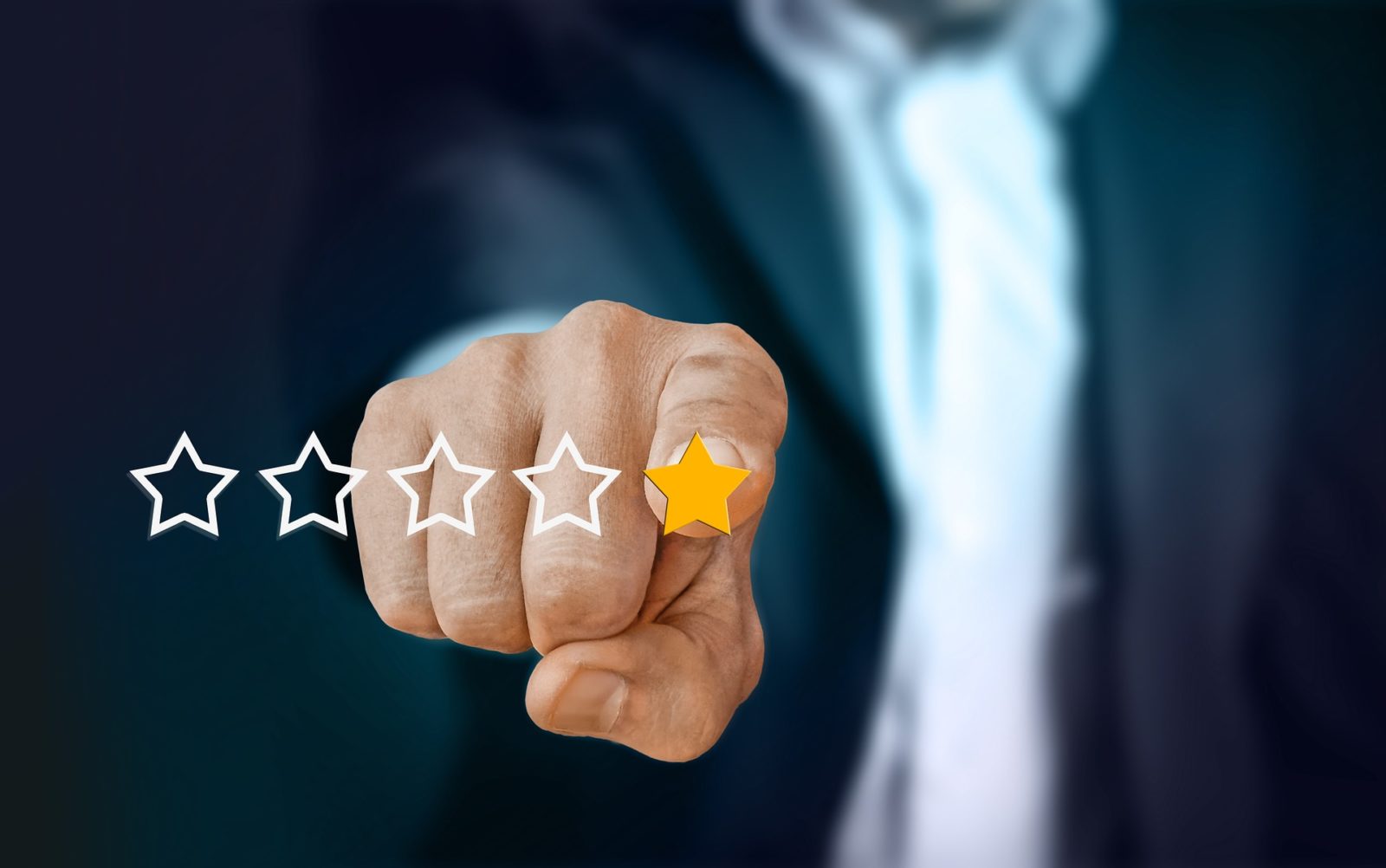 Starting a business is not that easy, as it may seem on the surface. While launching a startup can be even more challenging. Apart from the fact that startup launch is a long and winding road, the majority of entrepreneurs have little to no earlier experiences in the business world. Except for an awesome idea, there are other complex aspects to consider, like recruitment, finance, legal issues, management, and so on. It’s easy to make mistakes in the early days but you can avoid some of them if you know what they are.

Don’t choose a name just because it’s cute, sentimental or quirky.  Picking the right business name is crucial to your success. Imagine your brand going globally; will the name hold up to the international stanard? Is it easy to spell and remember? Does it describe your business or its benefits?

Buy only the essentials and upgrade as your business makes money. You will need business equipment, furniture, software and electronics, but you don’t need to purchase everything up front. Keep your capital on hand for building the business; you will need it for networking, marketing and future investments.

You may know your product but your lack of knowledge in to how to represent it properly to your potential client can stop you from success. When it comes to branding, pay a professional to design your logo, website and other marketing materials. Enter the market with a focused marketing strategy and first-class materials that will elevate your business to a professional level from your first appointment on.

One crucial element of any successful marketing strategy is knowing who your ideal customer is (it is even better to name it). Market research will help to determine your target users, their possible reaction to your marketing activities, their interest area, habits, and so on. Further users’ ignorance, tunnel vision and failure to gather customers’ feedbacks are the disastrous flaws of small businesses. Keep communication channels open (email, phone, social media, messengers, etc.), monitor your reputation, and listen to critics.

If an entrepreneur thinks too much outside the box (meaning targeting a very tiny niche market), success may be elusive. But “if you make anything good, you’re going to have competitors, so you may as well face that,” “You can only avoid competition by avoiding good ideas.” In the business world, there are mainly two types of people, ones have both feet on the ground, while others have a head in the clouds. Successful startups employ both types to offset goals with capabilities. When you create something from scratch, it can be of any size you want. You’re only limited by your imagination.

Many entrepreneurs can work for days without even seeing another human being. Get out of your boundary and surround yourself with other talented and self-motivated professionals. Join networking groups, volunteer, serve on boards and other activities in order to generate new ideas and connect with like-minded individuals.

To determine what you should charge, look at your entire cost of doing business, including materials, labor, rent, utilities, taxes, and more. In the beginning, you should be able to cover your expenses and break even or make a small profit. Also, research competitive pricing; see what others are charging for similar services. Don’t venture too far off the average, either high or low. The more specific your niche, and the more in demand you are, however, the higher the price you can charge.

8. Give in to distraction

Distraction eats up time and profit more than any other factor. Determine the specific activities that generate income like client appointments, planning, networking etc.. and spend the majority of your day on them. Set a formal work schedule and stick to it. Make income-generating tasks your first priority every morning, fill in with housekeeping chores, and hire out tasks that can be done by others.

Siting a business has always been important. Launching the product and services in the right location is key, considering the cost and the geoposition of potential customers and the industry as a whole. Consider the fact that many successful tech companies tend to emerge from tech hubs like Silicon Valley and Bangalore. However, there is another reason why location matters: venture capitalists. Most venture capitalists fund startups that are located about few hour’s drive away. This may be because investors learn of startups through someone else in their network. So to receive funds, site the startup close to where the money is.

Be sure that hiring does not start too quickly, that will drain the enterprise financially. The part to the hiring process that’s constantly tweaked is the attempt to recruit the right people. So many startups have folded because the people hired were just not right for the company, perhaps a friend who lacked skilled for the work role or someone did not fit in with the team because of a personality mismatch. Be sure to have qualified people working at the startup and ensure that everything is documented. No one wants an ex-employee to sue because a huge chunk of the company was promised in exchange for services, an agreement that was only sealed with a handshake.

Fights between founders are surprisingly common.A founder leaving doesn’t necessarily kill a startup, though. Plenty of successful startups have had that happen. Fortunately it’s usually the least committed founder who leaves. If there are three founders and one who was lukewarm leaves, big deal. If you have two and one leaves, or a guy with critical technical skills leaves, that’s more of a problem.Most of the disputes between founders could have been avoided if they’d been more careful about who they started a company with. Most disputes are not due to the situation but the people. Which means they’re inevitable. And most founders who’ve been burned by such disputes probably had misgivings, which they suppressed, when they started the company. Don’t suppress misgivings. It’s much easier to fix problems before the company is started than after. So do not include your housemate in your startup because he would feel left out otherwise. Do not start a company with someone you dislike because they have some skill you need and you worry you will not find anyone else. The people are the most important ingredient in a startup, so do not compromise there.

The scary thing about platforms is that there are always some that seem to outsiders to be fine, responsible choices and yet, like Windows in the 90s, will destroy you if you choose them. Java applets were probably the most spectacular example. This was supposed to be the new way of delivering applications. Presumably it killed just about 100% of the startups who believed that. How do you pick the right platforms? The usual way is to hire good programmers and let them choose. But there is a trick you could use if you’re not a programmer: visit a top computer science department and see what they use in research projects.

As a founder, you have to manage your investors. You shouldn’t ignore them, because they may have useful insights. But neither should you let them run the company. That’s supposed to be your job. If investors had sufficient vision to run the companies they fund, why didn’t they start them?A lot of energy got drained away in disputes with investors instead of going into the product. But this was less costly than giving in, which would probably have destroyed the company. If the founders know what they’re doing, it’s better to have half their attention focused on the product than the full attention of investors who don’t. How hard you have to work on managing investors usually depends on how much money you’ve taken. When you raise VC-scale money, the investors get a great deal of control. If they have a board majority, they’re literally your bosses. In the more common case, where founders and investors are equally represented and the deciding vote is cast by neutral outside directors, all the investors have to do is convince the outside directors and they control the company. If things go well, this shouldn’t matter. So long as you seem to be advancing rapidly, most investors will leave you alone. But things don’t always go smoothly in startups. Investors have made trouble even for the most successful companies.

Startup funding is measured in time. Every startup that isn’t profitable has a certain amount of time left before the money runs out and they have to stop.This is sometimes referred to as runway, as in “How much runway do you have left?” It’s a good metaphor because it reminds you that when the money runs out you’re going to be airborne or dead. Too little money means not enough to get airborne. What airborne means depends on the situation. Usually you have to advance to a visibly higher level: if all you have is an idea, a working prototype; if you have a prototype, launching; if you’re launched, significant growth. It depends on investors, because until you’re profitable that’s who you have to convince. So if you take money from investors, you have to take enough to get to the next step, whatever that is.

When you raise a lot of money, your company moves to the suburbs and has kids. Once you take a lot of money it gets harder to change direction. Suppose your initial plan was to sell something to companies. After taking VC money you hire a sales force to do that. What happens now if you realize you should be making this for consumers instead of businesses? That’s a completely different kind of selling. What happens, in practice, is that you don’t realize that. The more people you have, the more you stay pointed in the same direction. They won’t be as committed; they’ll need to be told what to do; they’ll start to engage in office politics.

if you want to avoid failure, it would seem like the most important thing is to quit your day job. Most founders of failed startups don’t quit their day jobs, and most founders of successful ones do. Does that mean you should quit your day job? Not necessarily. I’m guessing here, but I’d guess that many of these would-be founders may not have the kind of determination it takes to start a company, and that in the back of their minds, they know it. The reason they don’t invest more time in their startup is that they know it’s a bad investment. I’d also guess there’s some band of people who could have succeeded if they’d taken the leap and done it full-time, but didn’t. I have no idea how wide this band is, but if the winner/borderline/hopeless progression has the sort of distribution you’d expect, the number of people who could have made it, if they’d quit their day job, is probably an order of magnitude larger than the number who do make it. If that’s true, most startups that could succeed fail because the founders don’t devote their whole efforts to them.